Originally founded in 1933, the Alton Little Theater is getting ready to begin its 88th consecutive season. ALT is the longest-running community theater in the state of Illinois. With more than 500 productions to date, ALT is a vital resource for theater arts and entertainment and takes pride in community partnerships and collaborations with other arts organizations that enrich the lives of those residing in the greater Riverbend area.

It all started in 1933, a young English teacher, Dorothy Colonius, dreamed of creating a Community Theater for Alton – a rather novel aspiration for a young female in those times – but a dream that thankfully grew and flourished with the support of so many of Dorothy’s students and fellow educators. Indeed, ALT’s early years were forged by educators and talented folks from all works of life. Dorothy became the permanent Artistic Director for her “little” theater group and she remained the driving force behind the theater purchasing property for a permanent home and then expanding. At the time of Dorothy’s death in 1979, she bequeathed a modest endowment to sustain the theater’s existence. Talented and dedicated fellow educators like Cliff Davenport, Edmund Young, Birdine Groshong, and Diana Enloe became the mentors for a whole new generation of theater lovers.

“The purpose of ALT shall be to develop interest in the theater, to create and sponsor the production of quality drama, the highest ideals of dramatic activity and to provide a community center for the performing arts.” 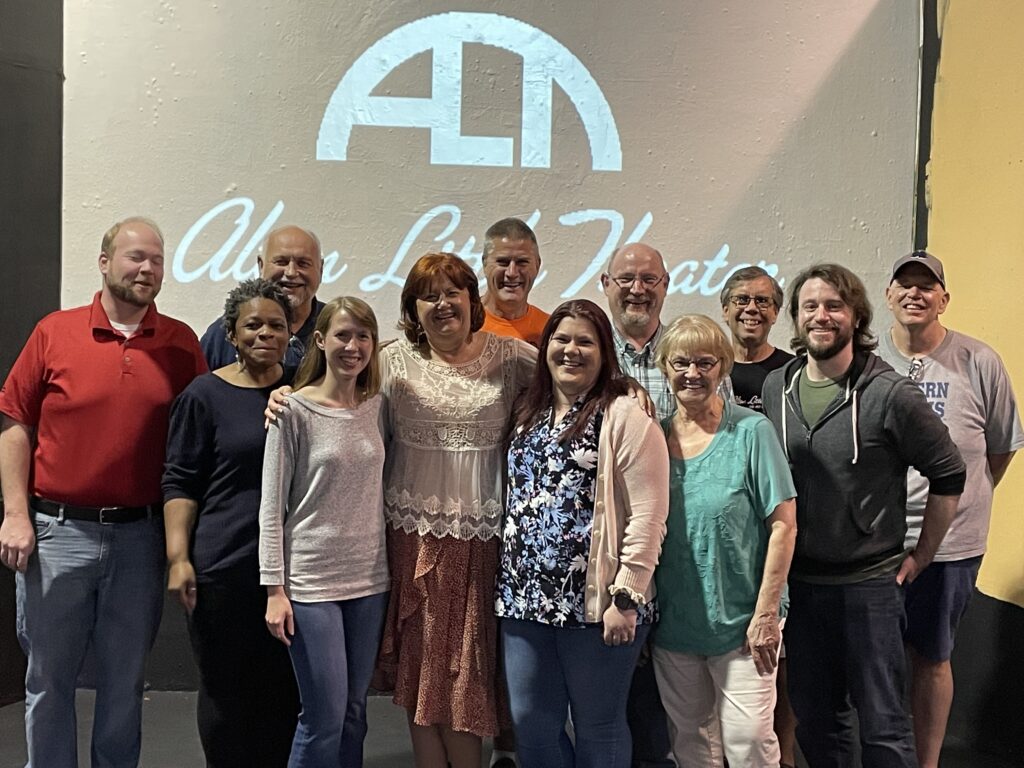 88th Season Board of Directors – working to Entertain YOU!

It’s been 7 years since ALT re-organized its essence and presence in the Community and became a Board-Driven, Non-Equity Theater with Paid Production Staff; Immediately, ALT became a thriving Mid-size Business with plans for even more growth. COVID, of course, halted some of the growth experience but ALT never wavered in its commitment to artistic excellence and goal to be the “jewel” in the Community and a “Destination Location” for the entire Region! We “Play” – Seriously and Welcome All to Join Us!
Buy Tickets Online